Here’s a more rigorous link to the effects of loss of REM sleep (when we dream the most) and health. This is important in our increasingly sleep deprived age. More and more people are suffering serious health risks because of lack of sleep.

Findings In this cross-sectional study of 4050 individuals from 2 independent cohorts, lower amounts of REM sleep were associated with increased risk of all-cause mortality. There was a 13% higher mortality rate over 12.1 years for every 5% reduction in REM sleep in a cohort of 2675 older men, and the finding was replicated in a cohort of 1375 middle-aged men and women followed-up for 20.8 years. 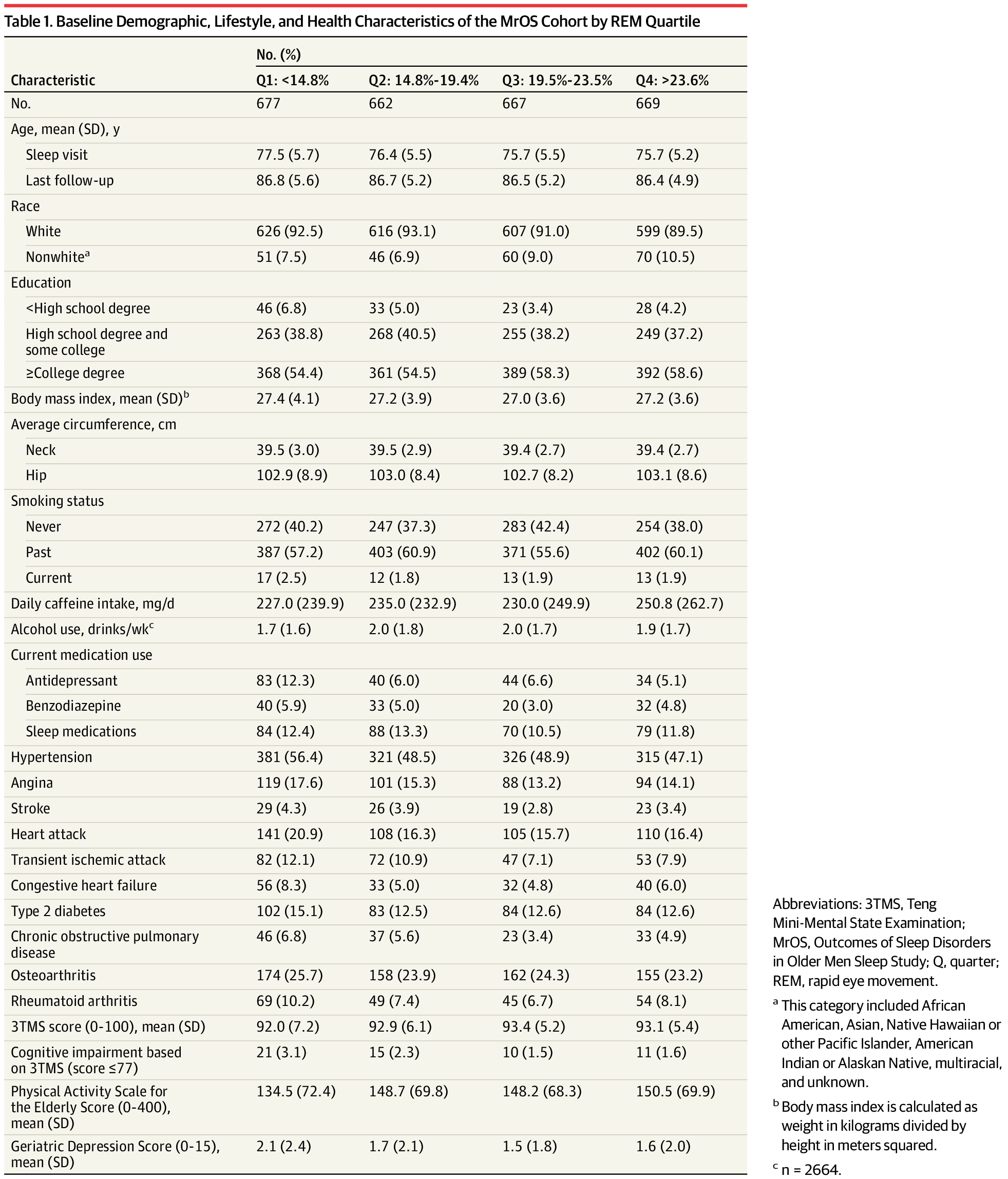 Association of Rapid Eye Movement Sleep With Mortality in Middle-aged and...

This cross-sectional study investigates whether rapid eye movement sleep is associated with greater risk of mortality in 2 independent cohorts and explores whether another sleep stage could be driving these findings.

An editorial comment attached to the article states the following:

The association between sleep and overall health and well-being has long been of interest to physicians, researchers, and the general public. At the highest level, a simple U-shaped association between total sleep time and mortality has been described from as early as 1964.1 Those who sleep approximately 7 hours are at the lowest point in the curve, with the lowest mortality risk. Mortality increases incrementally as one moves in either direction on the curve, with a marked rise for those sleeping less than 4 hours or more than 10 hours. This association holds true for both sexes and across races/ethnicities and continents.2