I liked this background information so I thought I’d share it, given the recent Holececk retreats. 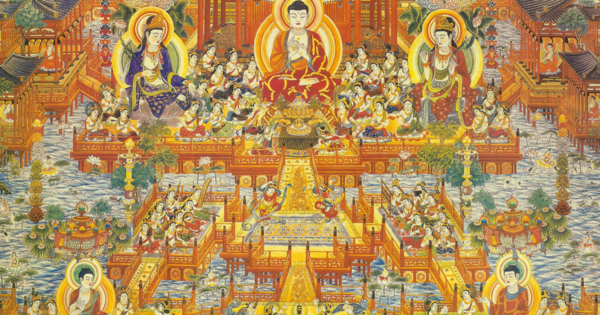 The History of Pure Land Buddhism

Pure Land is both a distinct school of Buddhism that developed in Japan and, says Aaron Proffitt, a cornerstone of the whole Mahayana tradition.

From the article: Early Orientalist scholars of Buddhism working under colonialism had little interest in the diversity and vitality of living Buddhist cultures. Instead, they cherry-picked the Buddhist teachings to fit their own modernist, Protestant worldview.

This ahistorical perspective on Buddhism—a “Buddhism” created by and for European intellectuals—was then used to criticize living Buddhist cultures. These scholars believed that Mahayana Buddhism in general, but especially the Pure Land teachings, were a perverse distortion of the buddhadharma (as they defined it).

Sadly, this attitude is still widely seen. Pure Land Buddhism is arguably the most commonly practiced form of Buddhism in the world. Yet in English-language academic and popular writing it is largely ignored, or wholly misunderstood.

Barry, this image does not do the statue justice, I thought it was a fake pick, have to google search it and was blown away by how big it actually is. WOW

So beautiful. Its really amazing how many giant temples and statues there are all over Asia and the Philippines. Completely different world!

helps to have human bodies for scale

Thanks for sharing @_Barry good read and very interesting!

Thanks and much love