I am doing a bunch of practice like Vajrayana mahamudra completion stage, astral projection and kundalini training, yoga, kriya yoga. And would like to have more one on one friends with people into this to share.

Would like to learn more about what Kundalini Yoga practices you are doing as well as OBE (Astral Projection).

I am working deeply right now with personal vajra body training. I have had some very intriguing light body experiences during my nocturnal adventures and I have come to realize that this is a very strong path for me.

Interesting video (1:13) about Guru Rimpoche, Padmasambhava, that touches on so many things we’ve been discussing this past year including rainbow bodies, starting around 30:00, but there is also so much here touching on quantum physics and more. The complex topic of Termas (hidden treasures) is given full treatment.

This is a fantastic video @_Barry . Thanks.

Gosh! You folk are pretty impressive. How can I be like all of you? I’ve read this and have no idea what you’re talking about. I mean this warmly and in the best possible way. It’s really inspiring. I doubt I can find a teacher in Wellington, New Zealand, but will have a look anyway. Who knows what will come.

Would you be happy to speak about your experience of the Vipassana retreat? I don’t mean anything personal of course, just some indicators of what you found beneficial and interesting.

I don’t believe our local Buddhists teach any dream or sleep yoga, but I’ll make some enquiries. We’re basically a village here in NZ, and if that were going on I’d know about it, I’m sure. Thank you for all these helpful suggestions, @Sujata .

We’re basically a village here in NZ, and if that were going on I’d know about it, I’m sure. Thank you for all these helpful suggestions, @Sujata .

I was originally surprised that so few Tibetan teachers focus on Dream Yoga. My wife, born a Tibetan Buddhist, thought I was making it up until she asked several Rinpoches that she knows and they told her it was indeed very real—but not generally taught in public (in the west). I also attend a couple of other Buddhist sanghas online but few people, if any, are even interested in it! That is curious since so much of our life is spent in sleep, but my wife isn’t interested, so that does say something.

I’d be surprised if there weren’t Vipassanana retreats in New Zealand. I found this center online. What always impressed me was that the only cost is what you want to donate according to how much you feel you’ve been helped. There is no Dream Yoga component, just a focus on the body/mind connection.

S.N.Goenka is the teacher who comes here to NZ also, or a follower of his? There is a ten day retreat held regularly. I looked it up and it explains most of what you said. I totally understand your explanation of it all and think I will benefit from going when it’s possible. Covid-19 has put a blight on things of course, at present, as courses can be cancelled at short notice. Thank you again, @Sujata for all your input.

Have done the first one already. Am champing at the bit for more

Again, this is just a personal experience. Like all other teachings, Vipassana meditation too, needs to be learnt from an authentic teacher.

These days a great deal of progress in this and other disciplines through online exposure…and lots of persistent practice. I only say this based on my own experience.

Will look soon, thank you so much. It’s Sunday afternoon here.

I prefer in person retreats/teachings over online classes. IMO, the environment, the setting, the discipline, the rigorous schedule, the Dharma talk, and the live Sangha feel makes a difference

Retreats I attended for Andrew Holececk and Charlie Morley here in the USA also had outstanding food (Sedona, Omega) to go along with the other benefits as noted by Sujata! In my experience, Vipassana retreats, for returning students, are limited to one meal a day, unless you have a medical condition.

As I recall one meal was basically a cup of chia, but it was a long time ago, near the turn of the century . . .

Trying to watch this video and it says it is unavailable. Can you please provide more references? Such as the title, a youtube link if there is one? Thank you.

Yes, so good! All of this informtion is growing more and more clear and connected in my beginners mind as I take in the material and discussions we are blessed to have access to now, including these conversations here. I am halfway through the part 2 of this series. 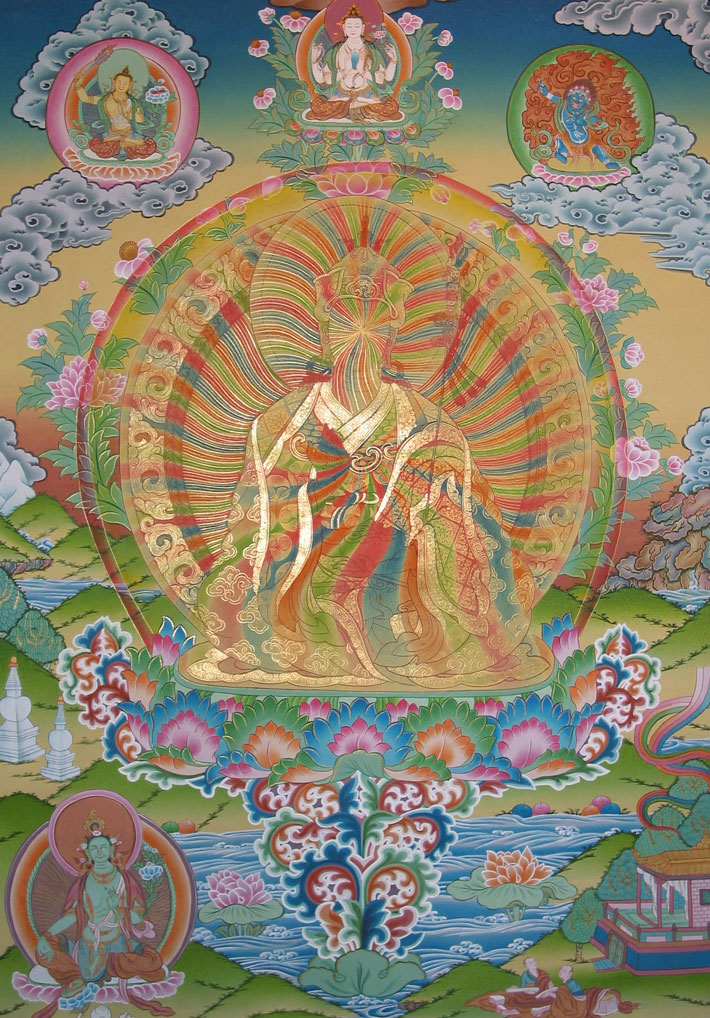 – Chogyal Namkhai Norbu Rinpoche Body of Light or the Tibetan jalus is also known as the Rainbow Body. Certain realized beings (practitioners of Longde and Managede levels of Dzogchen) achieve the transformation of their ordinary...

In the normal Rainbow Body, they first manifest death, and afterward, they dissolve the physical body. For example, if you put a small piece of ice in the sunshine, the ice slowly becomes smaller and smaller as it is melting. In the same way, our physical material body melts into the nature of the elements, but its form remains. In this case, it is necessary to first manifest death, and then it takes a week, sometimes less, to manifest the Rainbow Body.