How far have you managed to get in the dreaming practice side of Dream Yoga?

Like many, my Dream Yoga practice consists mostly of efforts focused on recognizing the dream state.

I have on a few occasions achieved lucidity and recalled my goal of the dreaming practice of Dream Yoga, and performed the illusory exercise of alternatively passing my hand through a “wall”, withdrawing it, then tapping the wall and feeling it “solid,” and doing this back and forth several times. Very instructive!

Hi @Dream_Hacker, I’m very new to LD but I have managed a couple of very brief lucid moments. One was in the middle of a dream where I suddenly realised I must be dreaming and another as I fell asleep, there are a few milliseconds of lucidity where I new I was falling to sleep. Small steps compared to most but they were quite surprising to me.

Thanks and much love

In four years I’ve managed to examine my misshapen hands (missing fingers etc.), put my hands and head through walls, fly around and fly into space, change small objects into other ones, meet with a teacher, bend and break solid objects such as lamp posts, and hold my nose and breathe underwater. I have faced fears and seen them shrink into tiny harmless objects. I haven’t been able to do any intended healing or transform myself into a deity—yet. On the other side of the ledger, I have several sleep-related problems that I believe keep me from dreaming and remembering the dreams I certainly do have, but it’s a work in progress. I use Galantamine when I am sure I can fall back asleep and when I know I will be getting 6-7 hours of total sleep.

I started with lucid dreaming about eight years ago and had some beginners success even with physical healing myself and some fascinating WILDs (maybe related to Stage 7).

About two years ago, I began to investigate the dream yoga practices as described in Andrew’s book, but got stuck with Stage 5 and 6.
I could transform myself into a butterfly, a baby, a man (I’m a woman) before, but not in a deity or another specific being like my husband. And somehow because of it, I’m in a dry spell right now.
I even tried Galantamine about four times this year, but was never successful. I feel guilty for cheating which probably evokes the Nocebo Effect.

I asked for and was looking for an experience of the clear-light mind several times in my LDs, but so far without any success.

None. Or only stage 1, becoming lucid.

I have had about 5 dreams in my life, 2 of which were lucidity dreams, one flying, and the other looking in a mirror.

The other 3 were in high school, but I would not exactly call them lucid dreams. I was doing math homework one night, and obsessing over trying to calculate an advanced precalculus/trigonometry problem. I went to sleep, and solved it in my dream. Woke up, and realized the answer was correct!

Anther instance in high shcool was doing an advanced foreign language translation of a text that was older than 2000 years, which I was able to solve in the dream state. Woke and the translation was correct.

Not full blown lucidity, but it goes to show you the powers of the subconscious mind, and or how our dreams give us access to higher powers of consciousness/information.

The last instance was when I was camping, I had a Premotion Dream, or Prophecy dream, I explain it in detail in another thread on here. Again not quite lucidity, but it was one that woke me up to the powers of Dream world, and brought back the old memories of when I was in school.

I have been interested in trying to become lucid at will for over a year now, but it was not until I found this site less than 2 months ago that I started to really increase my motivations.

One member I heard on here said it took her 99 days of serious concentration to finally achieve lucidity on demand. So I feel like I am training for a Marathon, not a 5k.

It’s interesting to note that it seems that not very many people have progressed deeply in to the dream state exercise portion of Dream Yoga. For me, the majority of the practice seems focused on getting lucid with any regularity in dreams, which remains a big challenge now, and for many years. About the highest frequency I achieved back when I was more seriously practicing was averaging one LD per about 5-6 days. In actuality, I’d go 2-3 weeks with no LDs, build up very strong intent for LDs again, and have several of them across several days, sometimes multiple LDs in one night, followed by another 2-3 week “recharging” period again.

Lucidity, mindfulness, attention, presence, awareness – it’s definitely a life-long pursuit and journey, not a destination. It’s a marathon of marathons…

It’s a marathon of marathons…

99 days is a teeny tiny bit of time to train for permanent lucidity on demand. Are we talking about lucidity in the waking or dream state?

Yes that is very true.
Not sure, it was a girl on here, I think she wrote it in one of the Galantamine threads.

For me, the majority of the practice seems focused on getting lucid with any regularity in dreams, which remains a big challenge now, and for many years.

Yes for me as well.
But I am upping my meditation practices and trying to read and digest as much material as I can on LD and DY.

I also need to remember to be patient and not get discouraged. I think there are hundreds of methodologies to become lucid (maybe even thousands) they are either kept secret or have not been discovered yet.

I keep having to remind myself of what Charlie Morley told Andrew in an interview:
he said something like, “you must find your Why, what truly makes you enthusiastic/passionate about becoming lucid in the dream world, otherwise it will become a chore, and not produce strong results”

My friend, be aware that this is a (negative) confirmation bias.

I greatly appreciate @Dream_Hacker ‘s impulse for discussion since I too am currently in a lucidity drought.

Now, I have taken the decision to change my practice routine on how to focus on lucidity.

Let‘s not forget:
Like B.Alan Wallace said: „No lucidity, no dream yoga.“

Every golfer hits a good stroke (i.e. lucidity) by chance once in a while, but we need to spend time on the driving range before we can go on tour (I.e. dream yoga).

And for me it is true: practice does NOT make perfect.
Perfect practice makes perfect.

The practice goal is to change the regular scattered monkey mind attention and ease it with time and continuous practice to a focused lucidity.

How else can I expect to go „on tour“?

„No lucidity, no dream yoga

I like your approach of being lucid in the daytime, I figure a snail’s pace slows down movement just a tad so gaps can be recognized.

Do you have better luck with saying:
IS this a dream?
Or
This IS a dream?

I have been doing the latter, but have not been having luck.

slows down movement just a tad so gaps can be recognized.

Not a bad metaphor, Snails literally are feeling every crack bump and change in elevation, every detail being analyzed. Where as a rabbit or hawk, may brush past many of the key details of the path.

Every golfer hits a good stroke (i.e. lucidity) by chance once in a while, but we need to spend time on the driving range before we can go on tour (I.e. dream yoga).

Great metaphor. Don’t skip out on the putting game practice either.

So, I am now changing my practice and focus on Shamata stages

I am hoping to advance my meditation so I am entering Shamata at least once a week. Hopefully much more. Great advice.

Do you have better luck with saying:
IS this a dream?
Or
This IS a dream?

Actually both have worked for me. I would recommend though to start with „Is this a dream?“. There was already a lot of discussion on this forum on it.

P.S. Asking „Is this a dream?“ during the day focuses on the first illusion and is consistent with dualistic view of reality and conventional lucid dreaming.
During the day, the dualistic answer would be „No“ and during dream „Yes“.

I would recommend though to start with „Is this a dream?“. There was already a lot of discussion on this forum on it.

Thank you for that advice. I switched today, and will continue asking “is this a dream” for the next few weeks.

I did a really good meditation tonight. Not sure if I reached Shamata fully, but I was able to balance between the sleep state and wake state, and have most of my senses numbed or tuned down. I new I was getting close to sleep because of how my breathing changed, starting to get kind of like a snoring sound, I was laying on my back but still aware.

Have you switched up your Daytime reality checks as well?

Do you use the prospective memory techniques?
I have not been practicing them, but Andrew said that Stephen LaBerge swears by them.

There is a great line in Andrews Dream yoga book about a farmer trying to dig a well. He would dig 6ft in one area, then move to the next area and dig a 6ft hole, then to the next, etc, etc, etc. Until his entire farm was littered with holes, but no successful; well.
Andrew used this analogy to remind readers that the Reality checks and other practices should not be given up after a few days or a week of no success. It may take a couple weeks of trying one technique, and if it is unsuccessful, switch to the next and try it for 2-4 weeks. 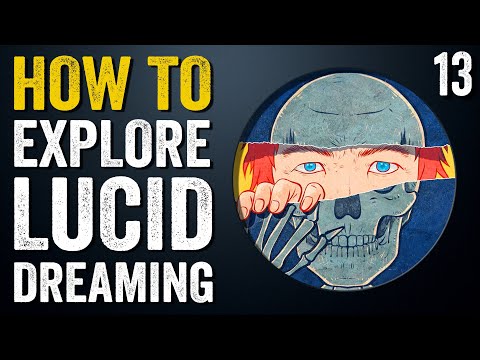 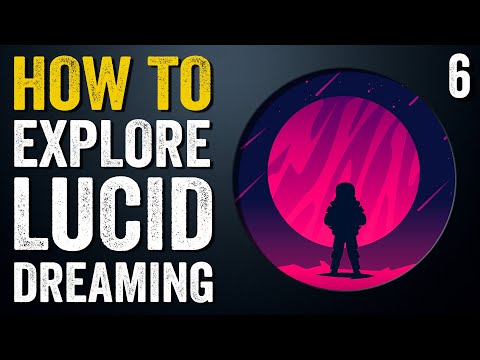 this is another good one.

Would recommend you watch all of them in the series

My main day practice is 1) “being lucid” as much as I can, all throughout the day: being present, aware of, and paying attention to external, body, and internal (thought) phenomena. 2) critical reflection and state awareness. I do not like the phrasing of “is this a dream?”. For one thing, illusory form practice makes the assertion that “this is all dream.” For another, it opens the way for your mind to trick you by answering “no.”
I think focusing on phrases like “I’m dreaming, this is all a dream” is better. My criticality is focused on determining my state: waking state or dreaming state. I think the difference between this and asking yourself “Is this a dream? Am I dreaming?”, while it may seem subtle, makes a big difference. So I always assume I’m dreaming, but I’m not always in the dream state.