The view of “conscious realism” that the cognitive scientist Donald Hoffman suggests is compelling. It is a serious challenge to the standard view of materialism. Anything that puts a dent into this limited view is important, and Hoffman has the intellectual chops to do it.

Here’s a nice summary by a gifted science journalist I enjoy: 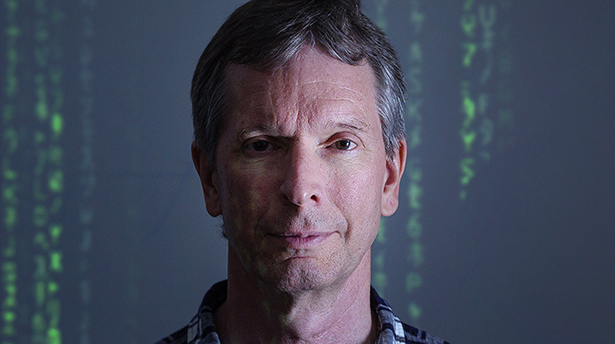 And for the deeper divers, a more challenging video of his work:
https://www.edge.org/conversation/donald_d_hoffman-realism-is-false

This quote from the article really drives home his perspective on the illusory nature of reality:

Physics tells us that there are no public physical objects.

No public physical objects…that just really brings it home for me.

Need to chime in again as I watch this video as this discussion of consciousness really relates to how I am coming to understand the relationship of the dreaming self to the dream.

At around 45:00 he speaks of the problem that quantum physicists are having reconciling their required (dualistic) separation between the subject and the object…the observer and the observed. At the very precise levels of examination required at the quantum level, that separation appears to break down.

Donald Hoffman claims to have solved this with his conscious agents model. He says that “…the distinction between the observer and the observed goes away. All are the same mathematical structure.”

My developing understanding of the Dzogchen perspective is that subject and object are inherently inseparable (non-dual). That resonates with me and as I have begun to really feel that inseparability it has become a factor in my nocturnal meditations and adventures.

I do love it when Buddhist philosophy and quantum mechanics begin to come together. In fact, that reminds me of this quote that I came across recently:

“Broadly speaking, although there are some differences, I think Buddhist philosophy and Quantum Mechanics can shake hands on their view of the the world”