It’s impossible to see the world as it is, argues a cognitive neuroscientist

I find Donald Hoffman to be a rare neuroscientist, one who does not reduce mind to matter. He is a bold, radical, and heretical thinker daring to make outrageous claims in the scientific and academic community. Much of what he says here is resonant with the wisdom traditions. This is the sort of rigorous thinking that expands and eventually bursts scientific paradigms. Here’s a sampling of what he says, “Evolution does not favor veridical or accurate perceptions, those perceptions of reality go extinct. . . . We do not see reality as it is. We’re shaped with tricks and hacks that keep us alive. Evolution has given us an interface that hides reality.” Just like in a non-lucid dream, where we don’t see what’s really going on. If you grasp what Dr. Hoffman is saying, it can point out massive blind spots, and invite entirely new ways of seeing reality. For fans of panpsychism (which I am), this is for you: 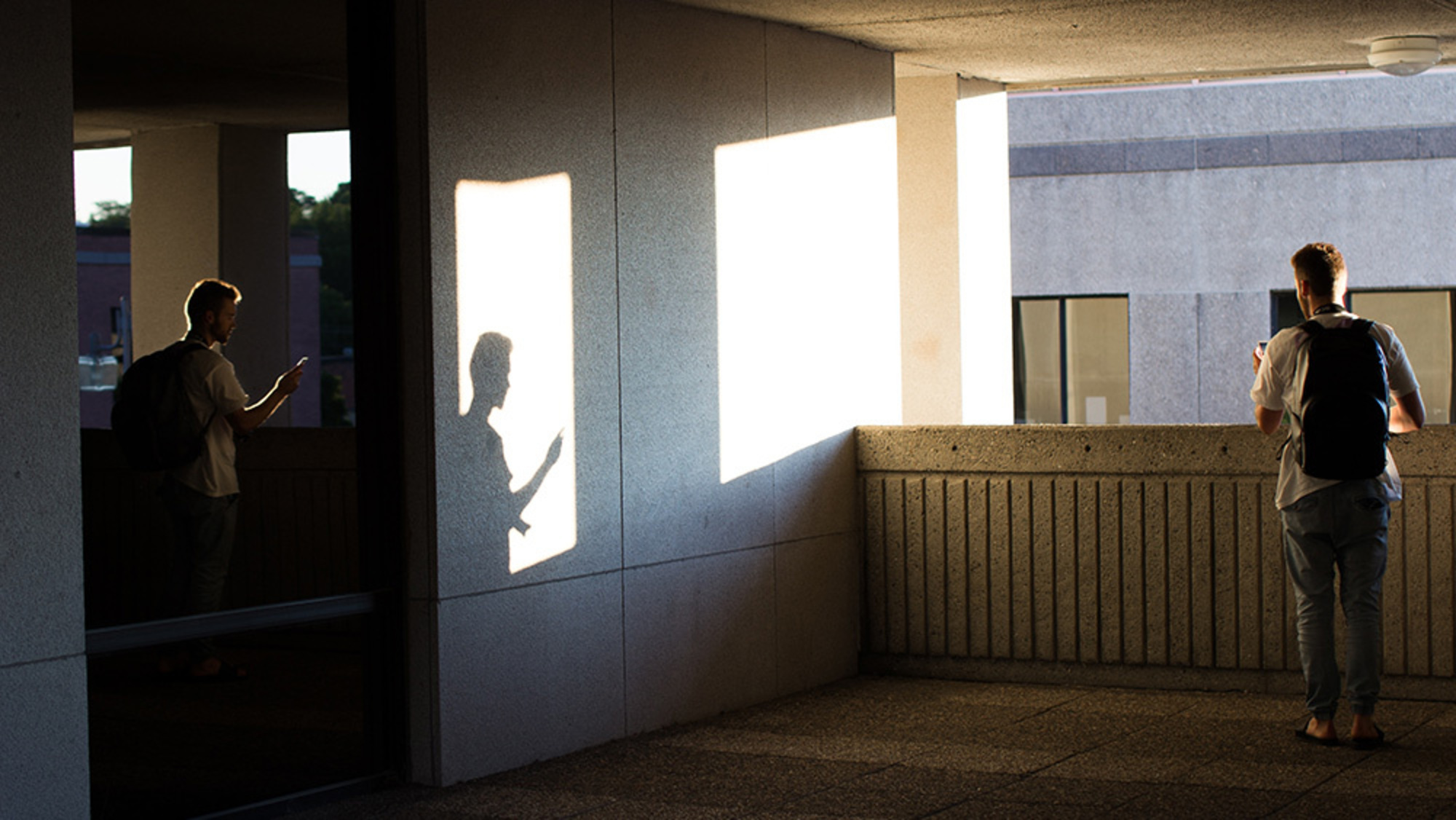 It’s impossible to see the world as it is, argues a cognitive neuroscientist...

It’s impossible to see the world as it is, argues a cognitive neuroscientist

Listening to his book, The Case Against Reality: Why Evolution Hid the Truth from Our Eyes. I would love for you to interview him.

That would be fun Barry, let me see if I can figure out a way to reach him. His approach is so resonant with my views on reality, and so refreshing to see a neuroscientist who is not a materialist reductionist.

Thanks Andrew. I’d be interested to hear you and him discuss some of what you teach including dreams, emptiness, independent autonomous consciousness of all things, death, bardo and even the implications of “reality” for our relationships to other beings.

Thanks for this link to Donald Hoffman’s interview. So if I understand him correctly, what I think of as “me” is really a community of consciousnesses, who aren’t even aware of each other. And, that when I/we try to fathom reality, we can’t do it because our finite interface can’t perceive an infinite interface. Not to mention the fact that most of the motivation for what we think and do is unconscious. And yet in spite of all of this, we still try to understand! Hard-wired curiosity against all odds of success.

I second Barry’s suggestion that you try to interview him. The conversation would be mind-bending. Happy New Year!

That would be so fun Barry, let’s see what happens.

While I mostly agree with Hoffman, there are some limitations, IMO. We can indeed fathom reality from a nonconceptual stance. The thinking mind can’t grasp it, but that doesn’t mean it can’t be understood. That’s real gnosis in fact. This is the role of spiritual practice. But his notions of the illusory nature of self and reality are spot on.

I stumbled upon a longer interview with him that drills down a little deeper:

He’s getting a LOT of press these days. Even longer, and more in depth, is the three hour podcast he did with Sam Harris and his wife. For the heady folks. I finished his book, The Case Against Reality, and it is worth a read. Radical stuff, much of it totally confluent with the nondual traditions.

Thanks for bringing the Harris interview to my attention, @Andrew. For anyone interested it is Making Sense #178 - The Reality Illusion: A Conversation with Donald Hoffman and Annaka Harris.

I finally watched the interview you posted at the beginning of this thread last night. Wow. It was fascinating, disturbing, and unsettling. I loved his repeated use of virtual reality as a potent metaphor for his rather outlandish (but potentially “true”) claim. A few times after listening to it, walking around my house late at night in the dark, I had an uncanny sense of derealization [“a feeling that one’s surroundings are not real”], like I was in a simulation. Cool beans.

He asserted that mathematically there is “zero chance” that natural selection lead to an accurate perception of reality; however, unless I missed it, he did not adequately explain how he reached that conclusion – so that is an unanswered question for me.

In any case I definitely want to hear more from him and quite possibly read his book, when I can make time for it.

As others have said, I’d LOVE to hear you interview him for Night Club!

He asserted that mathematically there is “zero chance” that natural selection lead to an accurate perception of reality; however, unless I missed it, he did not adequately explain how he reached that conclusion – so that is an unanswered question for me.

I have listened to everything I can find from him. He is strongly adamant about having shown a fairly elegant mathematical proof of his theory and without some knowledge of that type of thing I guess it would be hard to follow that proof.

I love how he often says that he knows that it’s a pretty good bet that he is wrong.

This is why I would like to hear him in a dialogue with Andrew!

Sometimes there are experts, or noted people in fields that are naturally symbiotic but don’t seem to get together. I am reminded of “The Amazing Randi” and “The Amazing Kreskin,” antithetical experts who I wanted to see address each other but apparently never did. This may be an obscure reference to two mostly-forgotten entertainers, but I still remember.

I, too, appreciate Hoffman’s repeated assertions that he is likely wrong! I also noted in the interview Andrew posted that he said most of his colleagues think he’s wrong.

I also like that he shares a surname with the person who created/discovered LSD. Seems appropriate somehow.

I’m reminded of a few lines from “Job’s Tears” by The Incredible String Band, an obscure '60s band

I’d love to interview him as well, but some of these folks are not easy to reach, and even harder to schedule anything with. But he does do things with events like Science and Nonduality, and knows a bit about Vedanta. It would be a total gas to talk to him.

@Andrew, I’m about 2/3 of the way through the 3-hour interview Hoffman did with Annaka Harris and her husband – thanks for bringing that to my attention! I’m very impressed by Annaka and the way she interviews and challenges him. It’s fascinating that she was working on a similar-themed book as Hoffman, and subsequently engaged deeply with him over a prolonged period of time, to the mutual enrichment of both his book and her own – he strongly expresses gratitude to her a number of times in the interview.

All of this makes me feel very intrigued to know more about her thinking on the subject. I wonder if the similar-themed book she mentioned working on is Conscious: A Brief Guide to the Mystery of the Mind, published last June? In any case it is now very high up on my to-read list! I plan to read her book first, and then Hoffman’s.

I’m also planning to watch her hour-long interview with Tom Bilyeu, with the delightful title “This is Going to Hurt. Everything You Know is False.”

Might it be possible to interview Annaka for Night Club? It would first and foremost be immensely valuable to engage with her on these topics and find out more about her perspectives. But secondly, if you can get an interview with her, the likelihood of being able to get in contact with her friend and intellectual sparring partner / collaborator [that’s the impression I have of their relationship] Donald Hoffman would surely improve.

Thanks for the references. You’re keeping me busy.