After a wonderful night of wakefulness in dreams I realized something…

What kind of practice are you doing to make this possible?

What kind of practice are you doing to make this possible?

I have been practicing Inner Heat protocols daily (mornings) as outlined in Lama Yeshe’s book, The Bliss of the Inner Fire. I preface each session with the five part Tsa Lung Trulkhor protocol as laid out by Tenzin Wangyal. I have been working diligently at this for three months now.

When I energize the central channel during the day in this meditation I visualize my subtle body as becoming energized as well and I try to revisit that visualization often during the day.

Then I do an abbreviated version of both during WBTB. The result of this is a very strong sensation of my subtle body during WILD-esque sessions…which then often carries into the dream.

Thank you for sharing the ‘how.’ I am inspired!

In meditation visualize your body as completely empty…drain all thoughts and emotions and let your body fill with light. With the central channel energized and the body filled with light imagine the light dissolving the physical aspects of the body…leaving only the subtle, illusory body.

As usual…fake it 'til you make it.

Thanks for motivating me forward!

Those are fantastic links @Sujata !

I’ll be going through them throughout my day in the office today. Thanks for posting.

Here is the Tenzin Wangyal Tsalung Trulkhor protocol that I have been using:

There are fresh perspectives everywhere @Sujata …I don’t want to miss any of them.

Thank you for listening to my recordings.

@Steve_Gleason Hey Steve, which book by Lama Yeshe do you mean? Are you doing Tummo practice?
I have been doing Tsa Lung for some time and when I maintain regular practice, I notice distinct energetic qualities in each chakra.
For your illusionary body practice when entering dream state, do you stay in a particular chakra?
Thanks!

@KhyungMar The Lama Yeshe book that I have been spending a great deal of time with is “The Bliss Of Inner Fire, Heart Practice of the Six Yogas of Naropa”. This is an excellent guide to the teachings of Je Tsongkhapa in his manuscript that is commonly referred to as “The Three Inspirations”. I spend a great deal of time in that book as well to get the direct verbiage of the teachings.

Lama Yeshe’s book, though, is an excellent and very detailed introduction to the Yoga of Inner Fire (Tummo). I do practice his version of Tummo regularly (each morning) and sometimes during the night as well during WBTB periods, even though the teachings indicate that Tummo is best practiced during the day.

Tsongkhapa states that if one is able to gather the vital energies into the central channel during the waking state and then dissolve them into emptiness then no other method is needed to retain dreams at night. During this period in my training I am working with that and having good success.

I agree with you about Tsa Lung Trulkhor. It is amazing to feel each chakra open up. Trulkhor right into Tummo is a very strong combination.

Regarding chakras, my protocols are greatly dependent on how I feel each night. Generally I meditate on the throat chakra when falling asleep after setting a strong intention for the night and then I work with the forehead in the first waking (usually two hours or so). This keeps me close to sleep but keeps the sleep light. Often times I will stay with the forehead chakra on the third waking without letting myself wake fully. The real conscious dream awareness for me comes late in the night from meditating on the heart chakra and the Vajra body.

Last night my early meditations were somewhat casual and after five hours of good sleep I stayed up for an hour and practiced both Tsa Lung Trulkhor and Tummo. Upon returning to bed I meditated strongly on the heart chakra (21 breaths) and then did a bit of classic SSILD while concentrating on feeling my Illusory Body. My dreams after that were strong and lucid and I awoke feeling incredibly light and refreshed.

Thank you (bow). So interesting. I appreciate your taking the time to share your experience. Beyond my current level to be sure, but clear and practical and most inspiring.

Thank you, Steve! It is very kind of you to share and to support others with your experience. I will read Lama Yeshe‘s book, since I am intrigued by the concept of stabilizing the subtle energy body being the carrier of lucidity into the dream. Much appreciated, thanks!

Hey friends love this thread. Check out these. Very authentic.

The event is almost over. But you can email them to buy recording

I just stumbled upon this great discussion of biophotons.

We are living in an amazing time when science is starting to catch up with ancient wisdom about many things that many of us are experiencing.

Here’s a little teaser from the article:

“The introduction of hard science into our way of thinking and practicing visualization, mantric sound, and internal energy manipulations may be the needed game-changer. It provides a rational framework for inner training and promotes confidence in the reality of the mythological and symbolic instructions that we have learned to follow.” 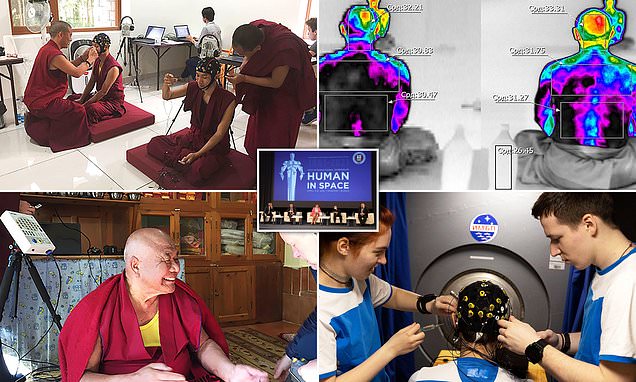 The research includes more than 100 practising monks and has been approved by the Dalai Lama, according to the team from Moscow State University.