Inspired by @_Barry’s question to Andrew, the topic of supplements is well deep enough for its own topic. From Mugwort to Galantamine, it would be great to share experiences with supplements to aid in lucid dream induction here together.

It’s also very important to note that any substance will effect every body differently and any information that the community shares should not be considered medical advice.

Here is my personal experience with Galantamine.

I really enjoy Galantamine, but it will impact many people in many different ways. So while my commentary is very specific to my dreaming experience, it will likely be very different from yours. And of course, my commentary should not be taken as medical advice. Here are some notes:

This is a great topic. Like @Allison I’ve had better results with galantamine than anything else, in association with the WBTB technique. (I even participated as a subject in a scientific study using glutamine. Yay science!)

I may have more to say on that later when I have more time, as well as L-dopa, which has strange effects on dreams and can be combined with galantamine (and, like galantamine, is available as an OTC supplement).

A very good book on this subject is Advanced Lucid Dreaming: The Power of Supplements by Thomas Yuschak.

@ArthurG - Yes, Yuschak’s book is a great resource, an excellent place to learn so much about the various supplements and their impact on the dreaming mind. Great call out!

Love that you participated in that study, how did you get involved?

Hi Arthur the book you recommended for supplements was published in 2006 do you know if there any more recent updates on the subject ?

Unfortunately I don’t know of any updates, @Gardner. If anyone knows of more up-to-date information I would also be interested. That said, Advanced Lucid Dreaming is quite useful as a guideline for experimentation.

Thank you ArthurG. I will try the Galantamine.

I’ve been looking into Lucid Dreaming the last few weeks, e.g. took Andrew’s Tricycle course and got an account on Night Club. Last night I become lucid with the assistance of 8 mg (two pills) of the recommended Relentless Improvement Galantamine, using the wake back to bed method.

In the dream my bed started undulating like lake water, which was weird enough to question and become lucid. (Unfortunately my first thought was to blame my wife, but that was quickly ruled out due to the nature of the motion.) I started first with 4 mg (one pill) for a few nights to make sure that the supplement did not have any side effects for me.

I’ve read that galantamine can increase instances of sleep paralysis. Has anyone noted this effect and, if so, in what frequency?

Moongate, I have not had that experience, but I read that if you take galantamine at the beginning of the night, sleep paralysis is very common

Interesting. The beginning of the night would seem to be an odd time to take it. Was this a study, or more of an anecdotal thing, that you read? Gracias!

Been using Galantamine for about a year and a half and have never had an instance of sleep paralysis. What is it like? 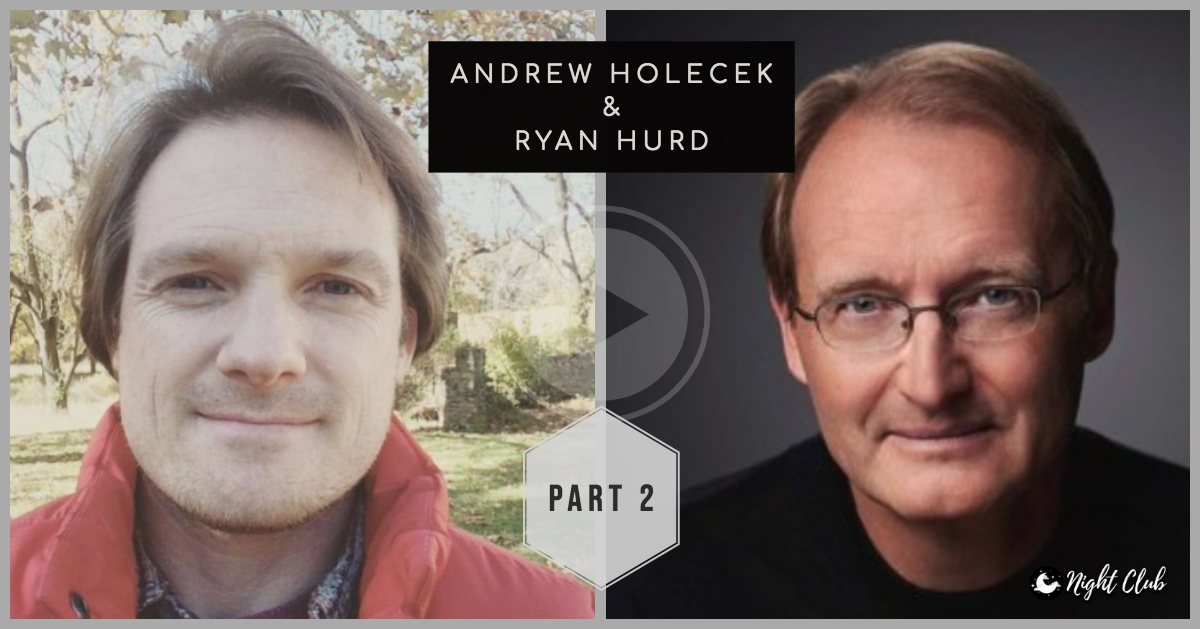 In Part Two of my interview with Ryan Hurd we turn to his book on sleep paralysis, and explore the nocebo effect, “ghost rape,” REM Behavioral Sleep Disorder, and how this paralysis is connected to visitations – both nefarious and angelic –...

And here’s the Wikipedia take on it Sleep paralysis is a state, during waking up or falling asleep, in which a person is aware but unable to move or speak. During an episode, one may hallucinate (hear, feel, or see things that are not there), which often results in fear. Episodes generally last less than a couple of minutes. It may occur as a single episode or be recurrent. The condition may occur in those who are otherwise healthy or those with narcolepsy, or it may run in families as a result of specific genetic changes. The con...

But my sense of it (not having experienced it) is that sleep paralysis occurs when we pass consciously through sleep atonia – but, for some reason, it seems to be accompanied (for many people) with scary imagery.

Moongate, I think read about galantamine taken early in the night causing sleep paralysis in an article I read a while ago, and also Ryan Hurd talked about it in a course I took with him.

My experience is that if I take it too soon after going to sleep it will keep me awake. I find at least 4-5 hours after sleeping is best for dreaming.

Would like to hear about your experience with Galantamine for that study in which you participated.

Long
So I have taken Galantamine 3 times. My first time I took 4mg with 300mg of Alpha GCP. No effect, but didn’t want to overdue it since I tend to be sensitive to substances.

The next two times I have taken 8mg of Galantamine and 300mg of Alpha GCP and had major effects. I took them around 5-6am and slept till 9:00ish. The first time it was hyper lucidity and I started to have much more awareness in collapsed dream states (though this started earlier in the week too). Basically new terrain around portals to dreams opening up and what you can do in the murk of a collapsed dream. I’ll spare the details because it is a fair amount, but I noticed my lucidity almost felt candy-like. By that I mean it felt like there was more going on, but less depth or contact because there was so much happening.

This morning I was able to stay aware as I transitioned from dreaming–>in-between waking/dreaming–>waking. While I have dozed in and out of liminal dreaming, this time the experience of being fully somewhere else to waking without losing awareness and coming to in the room. In the transition the fan in my room became super loud and I started hearing all sorts of voices (not uncommon in liminal states for me) and slowly came out of paralysis over maybe an hour?

Anyways, I am curious if anyone else find G & GCP to feel like there is less contact with the dream or more chaos. Will keep on experimenting.

Barry, the study was quite a while ago so I don’t remember the details clearly off the top of my head. I had at least one lucid dream during the study. It was double-blind but I’m sure I was able to tell which nights were placebo. I love participating in a scientific study, it’s a lot of fun and I feel like I’m doing something worthwhile – it also helps with motivation in the case of a lucid dream study! All the materials were sent by mail and there were reports on our experience that we had to send in.

What fun! Thanks for bringing this into the discussions.