These Five Reality Glitches PROVE YOU ARE ETERNAL

Support for Andrew’s Dreams of Light. Strange video with interesting, scientific/mathematical analysis. A little strange but it does have its points.

From YouTube: Many claim that reality is a simulation but if that is the case shouldn’t there be signs that existence runs on a code of some kind? There are glitches in reality all around you and they prove that you are eternal.

We are going to dive into the realm of quantum mechanics, special relativity and more and see how seemingly paradoxical occurrences fit together explain the truth of reality. We will explore the speed of light, wave particle duality, quantum entanglement, singularities and more and show how they prove that death is an illusion.

Didn’t watch, but found the description ironic - I woke up today/yesterday realizing that everything we experience is truly just coincidence. I’ve been looking back at various obstacles I hit during my attempts to get to the next retreat before my retirement was gone, and they were all “bad” coincidence. Really, the ENTIRE INTERNET is out of mandala plates?! And here I was, working w/ my poverty mentality by not freaking out and buying all the practice things I’d need before I even got the practices that used them…

Hindsight - maybe all those unbelievably random obstacles were “auspicious coincidences” after all? The bitter irony of it…

Then I got a glimpse that perhaps ALL of this

Causes and conditions come together, then dissolve. Like the bug hits my windshield on a road trip, smears my entire line of sight, and I find out that the car is out of windshield wiper fluid - what are the chances that tiny thing was in my line of trajectory given the whole stratosphere of all places? That’s the coincidence part.

That whatever came together and formed this planet, and will eventually dissolve, and that life grew on it, and that whatever the hell “I” am is experiencing itself talking to itself (using it’s ‘inside voice’ of course) right then… That lead to the notion that ERYTHING is “auspicious”. Quite miraculous actually. I just don’t pay attention when I’m judging the moment and fortune telling.

(joke. I got my car back after a week, then Tuesday the Check Engine light goes back on. The ‘fortune telling’ I did was "crap, now I gotta get it back to the shop since my plates expire 9/1, do that Lyft thing again, have to make sure I have enough food for the time I’m stranded, and then immediately make a huge project of TODOs out of my “last couple days of freedom” – that kind of fortune telling.

The bug was in MY trajectory?!

Maybe I was in IT’S trajectory!

Maybe I “should have” seen the bug coming if I were paying attention, and got out of the way?

Even if I ended up rolling off the highway into a ditch (done it off a sketchy pass above altitude during a blizzard, wouldn’t be my first rodeo) - then it’s body fluids wouldn’t have been the size of a

wind-smeared across my windshield from [80mph + it’s opposing speed = impact].

I’m mostly joking, honestly.
Let’s just say I had a “dream recall” and just now journaling about it.
(the dream of non-lucidity)

Death has a way of waking me up. Maybe that’s my obsession with it.

What triggered the shift in ‘perspective’ of MEcentricity this morning was news last night of a good man I met on retreat who is now in pallitive-type care. Admitted to hospital in NM, morphine administered (as compassion).

With no ill intention, he touched something in my heart that was coiled with barbed wire and bombs. Genuine. Caring. (getting ‘clean’ was his ‘wake up call’ and I’m sure it’s a battle for him to accept morphine - as they say in 12-steps for any addiction, “I know the next time I use/drink/eat/prostitute/obsession will be my last” - addiction has THAT much power that one ‘slip’ and break out the slip-n-slide right to one’s grave.)(11 yrs sober Oct. 19 for me) So my heart hurts for him around that, and “perceived loss” of this beautiful person.

He was walking with his wife ahead of me on retreat, and he was holding her arm for support, lovingly and protectively, as they slowly made it the length of flat steps (at altitude).

Seeing his unabashed and obvious love for her was one of the things that got into a ‘chink’ in my armor against life, particularly men.

…and - it takes 2 to tango. I’ve owned the shame of the part I played is the wreckage of my life.

That moment, I witnessed for the first time that there ARE good men in the world.

(I’m a douchebag magnet at retreats - vulnerability is strength, but without boundaries, the predator-types smell it a mile away…)

HA, I even “married Walmart” until I FINALLY learned that “no” is a complete sentence. I bought a $7.99 ‘engagement ring’ for the next/last 2 retreats!

A crutch - yep! But until I graduated to the level of a 2-yo and learned that magical word “no”, it was the only way I could figure to deter what I wasn’t ready for yet.

There’s another story where he “made me feel” like a freaking QUEEN, absolutely beautiful!!! (and I could engage because I knew the devotion he had for his wife!!!)

So he has been my teacher, father, friend, whatever. Got into my heart.

This morning, the first email I received was that he’s going home today most likely. Then my friend FW’d a short email update from his wife. I was covered with goosebumps.

“Practice. Love. Light.
We are moving through this episode. So many others won’t. Let’s practice for them.”

But I realized no matter WHAT words I say, here in duality-land-mind, they always show yet another subtle layer of MEcentricity at play.

I need to stop opening my mouth is the “should”. Just digging my own holes to trip over.

The problem with words. 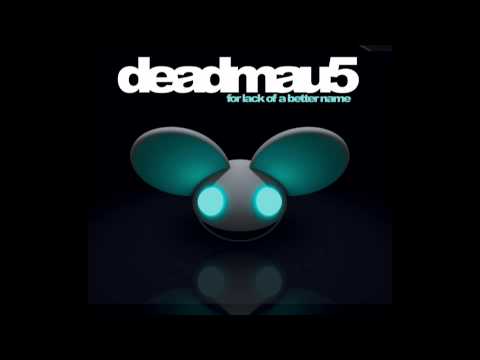 –
Today's insight brought to you by the letter B.