During the daytime I often say my mantra to myself and The Self; I’m aware, I’m available, I surrender. Yesterday, I became lucid during this daytime mantra practice. The wasp hive (the same one I’ve been posting about), appeared in my lucid consciousness AND the mantra appeared as graffiti on the inside wall of the hive. Ureka! A beautiful representation of the mantra as the contact layer between the external layers of the hive (me/my ego) and The Self that resides in the space inside. But who put it there?! 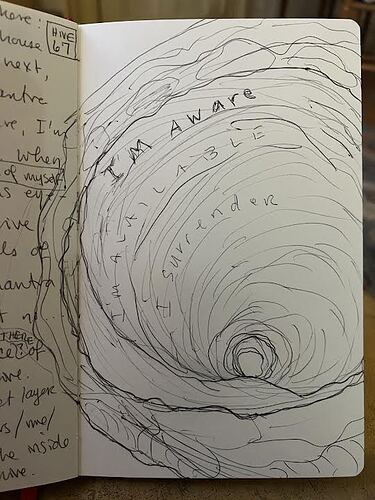 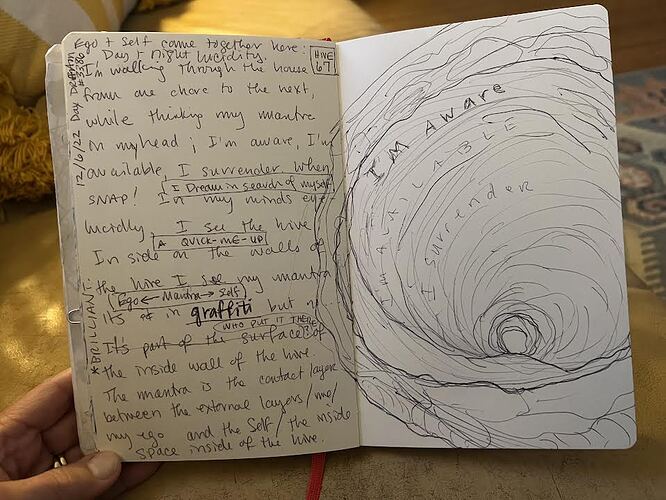 But who put it there?!

Is there any doubt that you are The Hive?

Who put it there?

My guess is you did.

It seems like that mantra has been repeated enough to now beome a significant part of you, where it is engraved deep in your ego and your subconsciousness/unconsciousness.